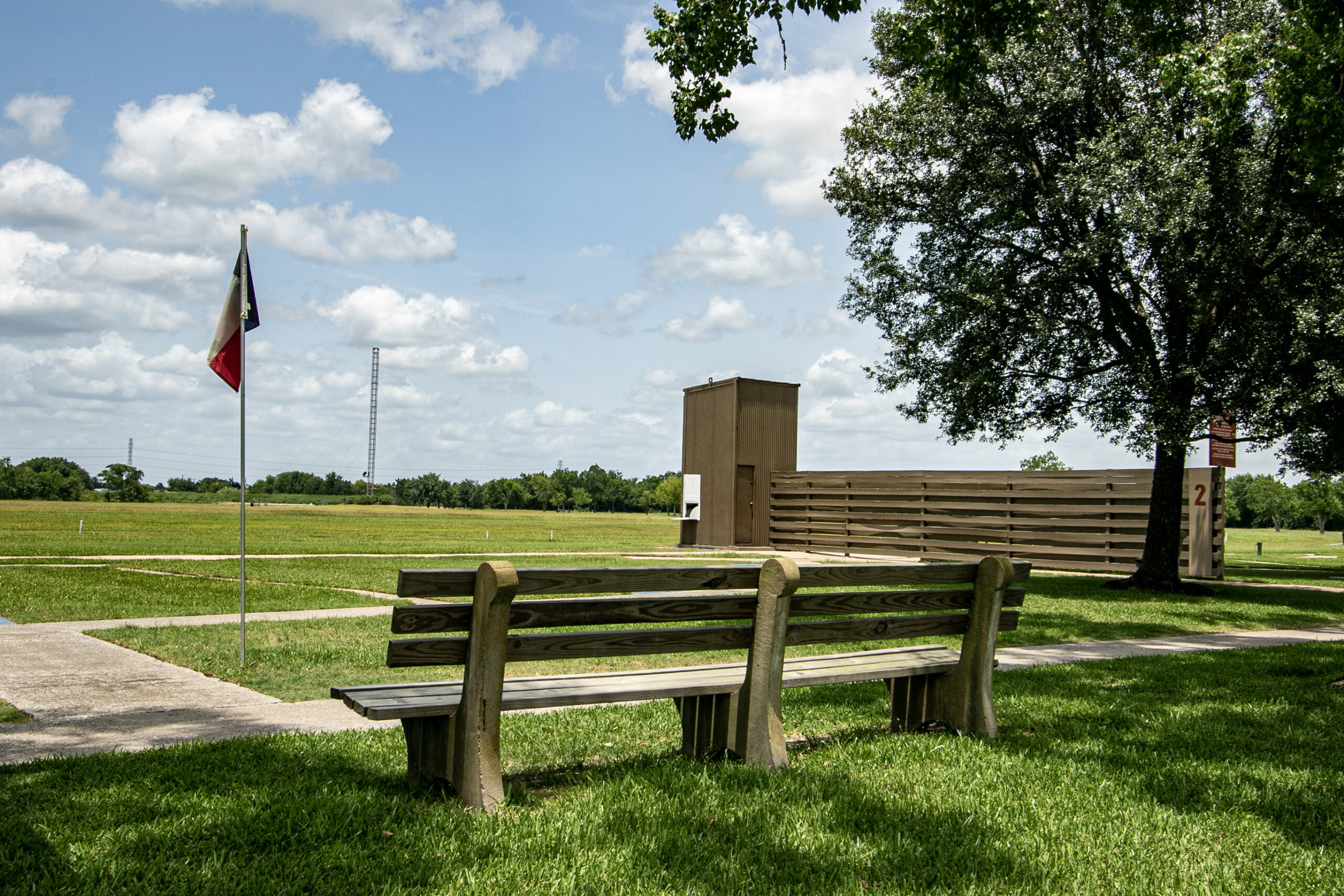 In Sporting Clays, shooters travel around a wooded area and stop at several different stations. A “Sporting Clays Course” is made up of ten to fifteen shooting stations. At each station, shooters are challenged with targets from every angle, speed, and distance. It is up to the target setter to decide the direction of the birds. In competition, a shooter will attempt to break a total of one-hundred targets.

On January 1, 2019, we opened new shooting property, adding two new courses for a total of four, spectacular sporting clays venues! Raised and paved trails keep shooters dry while keeping the dust down. Each of GHSCs courses has 12 stations with target presentations changed every two weeks. Each station has two to three different machines to offer many combinations of pairs to accommodate all skill levels.

The North Course is the oldest course on the property and is home to our signature 120' tower! It is often set as a more intermediate to advanced course. The South Course, the second sporting clay course added, is often set as a softer to moderate course. The Central and East courses are the newest addition to our shooting property and are often set as more advanced courses. As mentioned above, our target setting team updates target presentation and difficulty every two weeks!

On our softer courses, we set two machines at each station to throw soft targets while the third machine is set to throw a moderate to more advanced target. This setup is good for beginners and seasoned shooters to practice.

On our more difficult courses, we set two machines at each station to throw advanced targets. Depending on the course, a third machine may be set to throw a more moderate to advanced target, perfect for seasoned to national level shooters and people who want to test their skill level. 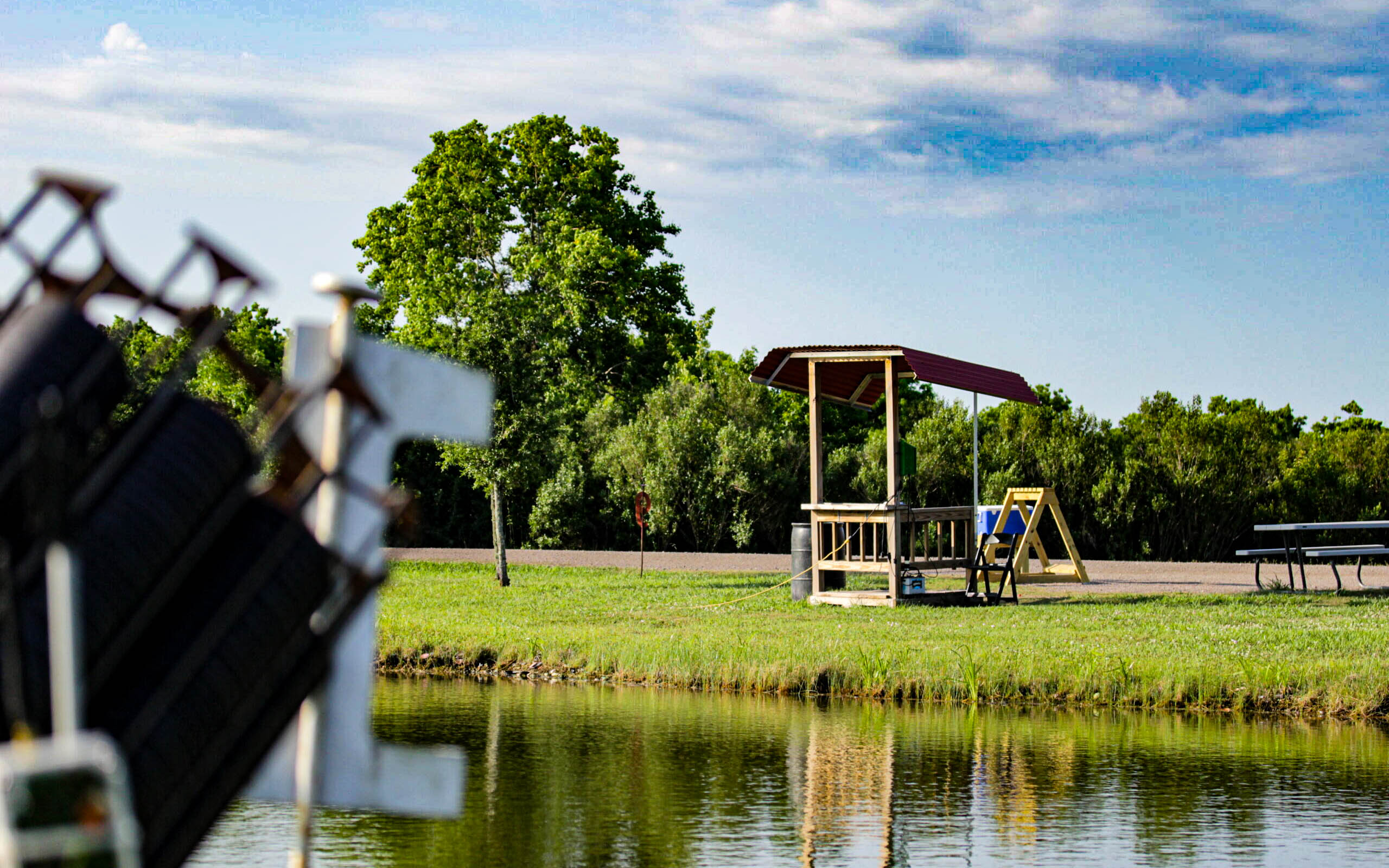 Skeet, the traditional American clay target game! In Skeet, targets are launched from houses on opposite sides of the field at a set height and speed to cross at the field’s mid-point. Shooters attempt to shoot the targets from 8 designated positions marked on the field. After a shooter completes a “round” they would have shot a total of twenty-five targets.

Greater Houston Sports Club has ten Skeet Fields, all outfitted with the latest equipment to maximize your shooting experience. Two fields are lighted for tournaments or events that run into the evening. 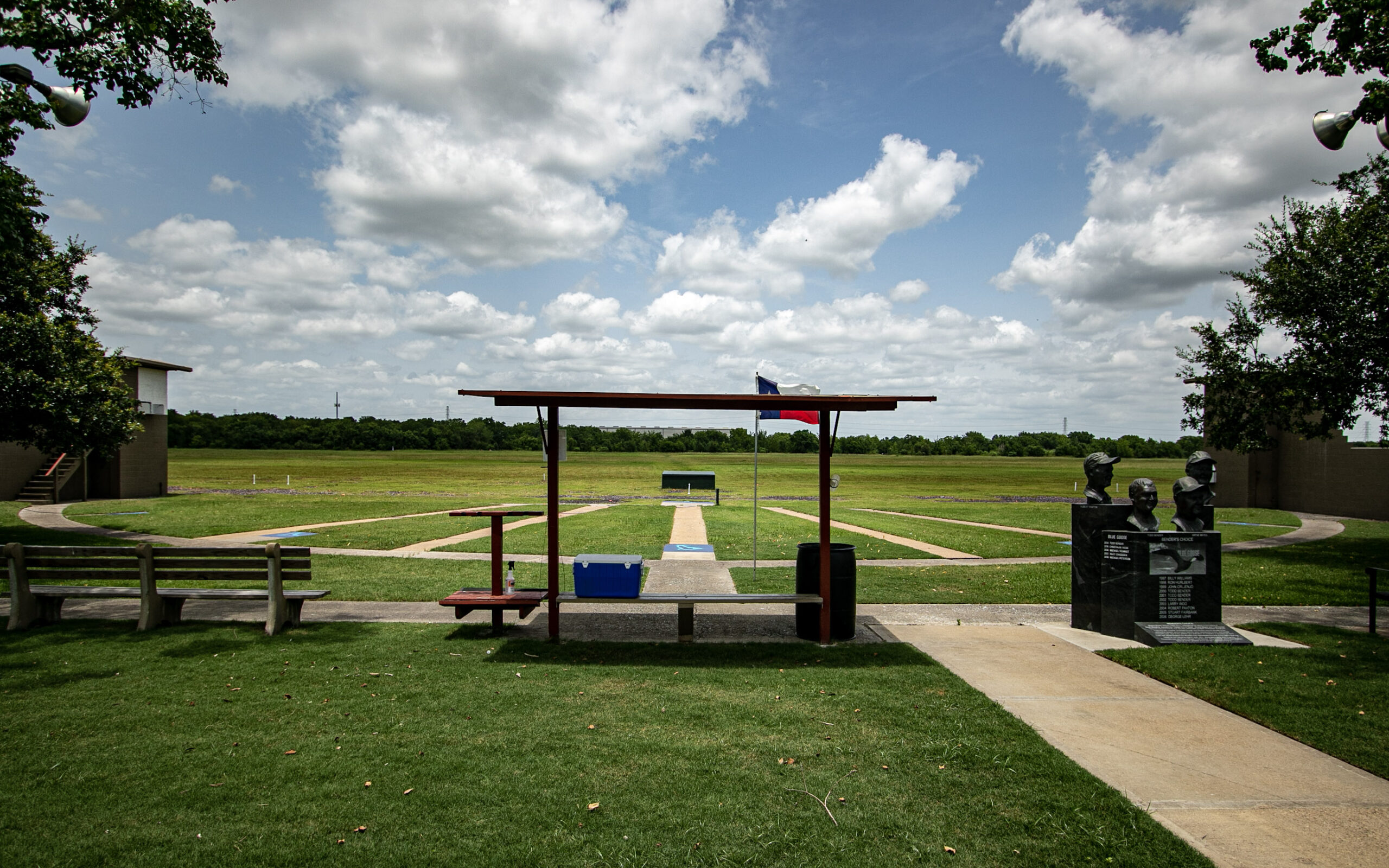 Targets are clays flying and shot away from you varying from hard left and right angles, quarter angles, and straightaway presentations. Shooters rotate through stations one through five during a round of twenty-five targets. In addition, each station has incremental graduations from sixteen yards back to twenty-seven yards to continually challenge the competitive shooter. 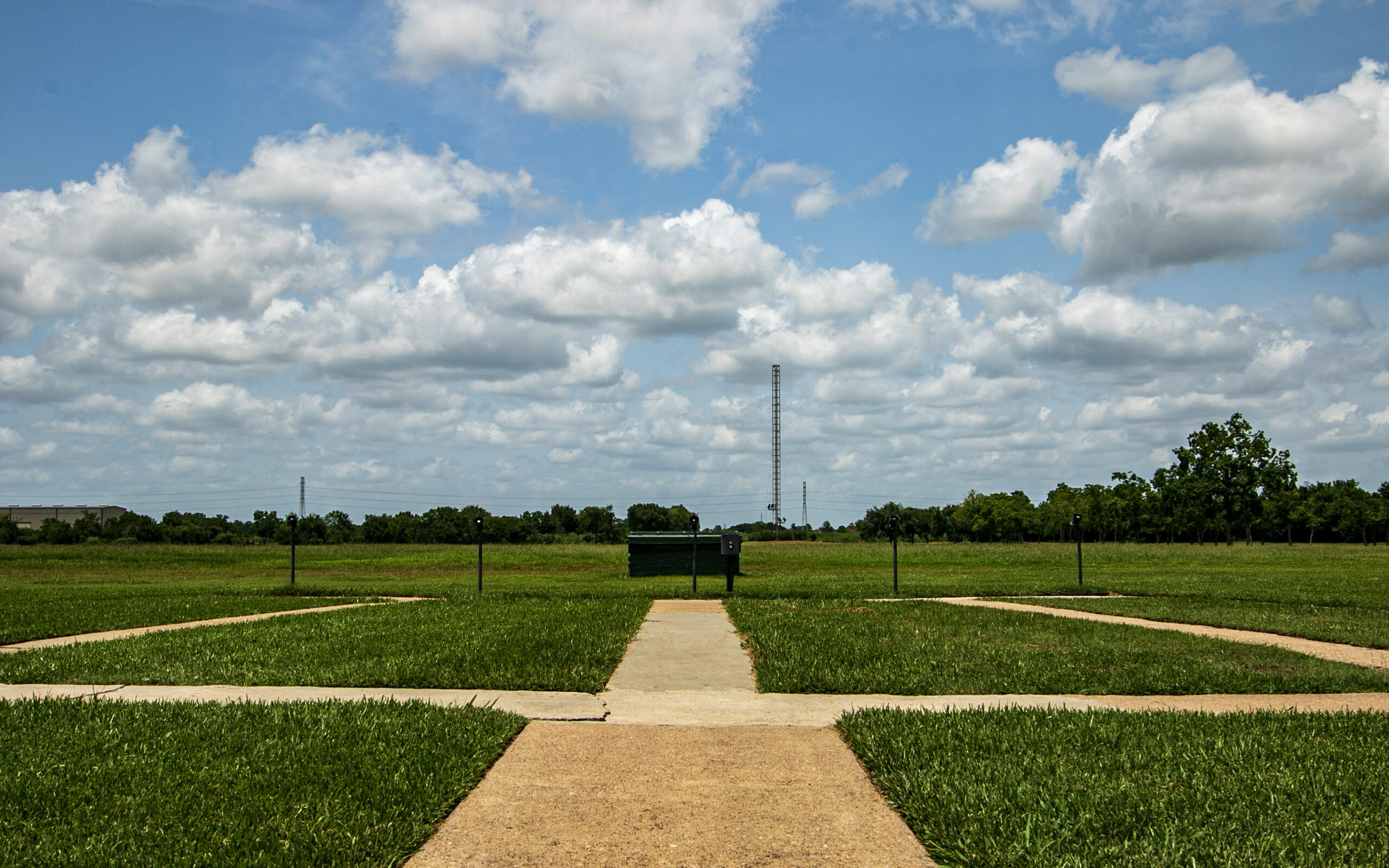 5-Stand is a challenging mixture of target presentations. As in Sporting Clays, 5-Stand targets can come from any direction, distance, or speed. Shooters attempt targets from five different cages with a set menu at each cage. 5-Stand is great for getting in quick, quality practice. Like our sporting clay courses, 5-Stand target presentations are changed every two weeks. 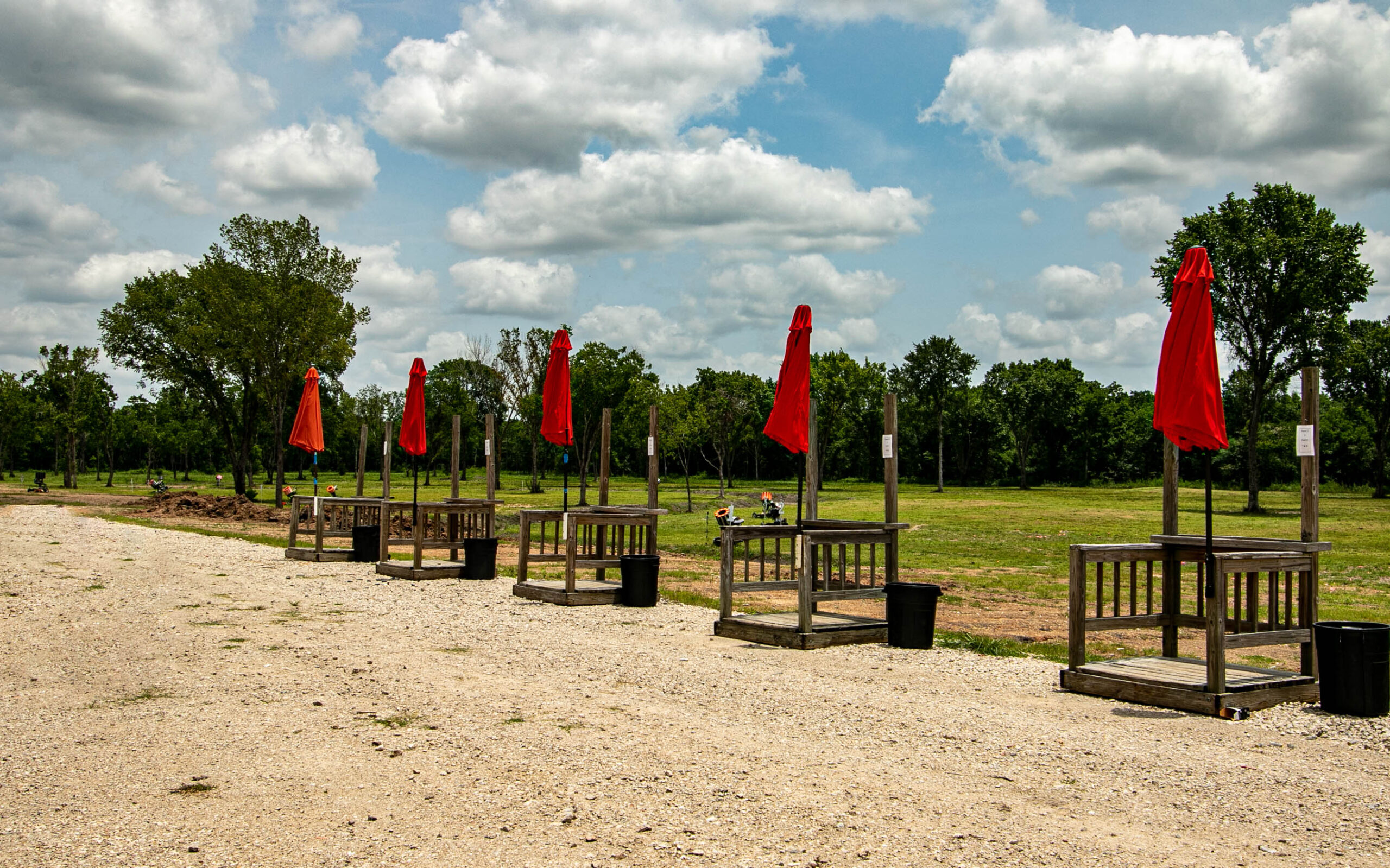 Similar to 5-Stand, FITASC is shot in a twenty-five target format. Shooters attempt a menu of targets from three different locations called PEGs. One difference in FITASC is that you must shoot this game low gun, meaning you cannot have the gun on your shoulder when the target is called. 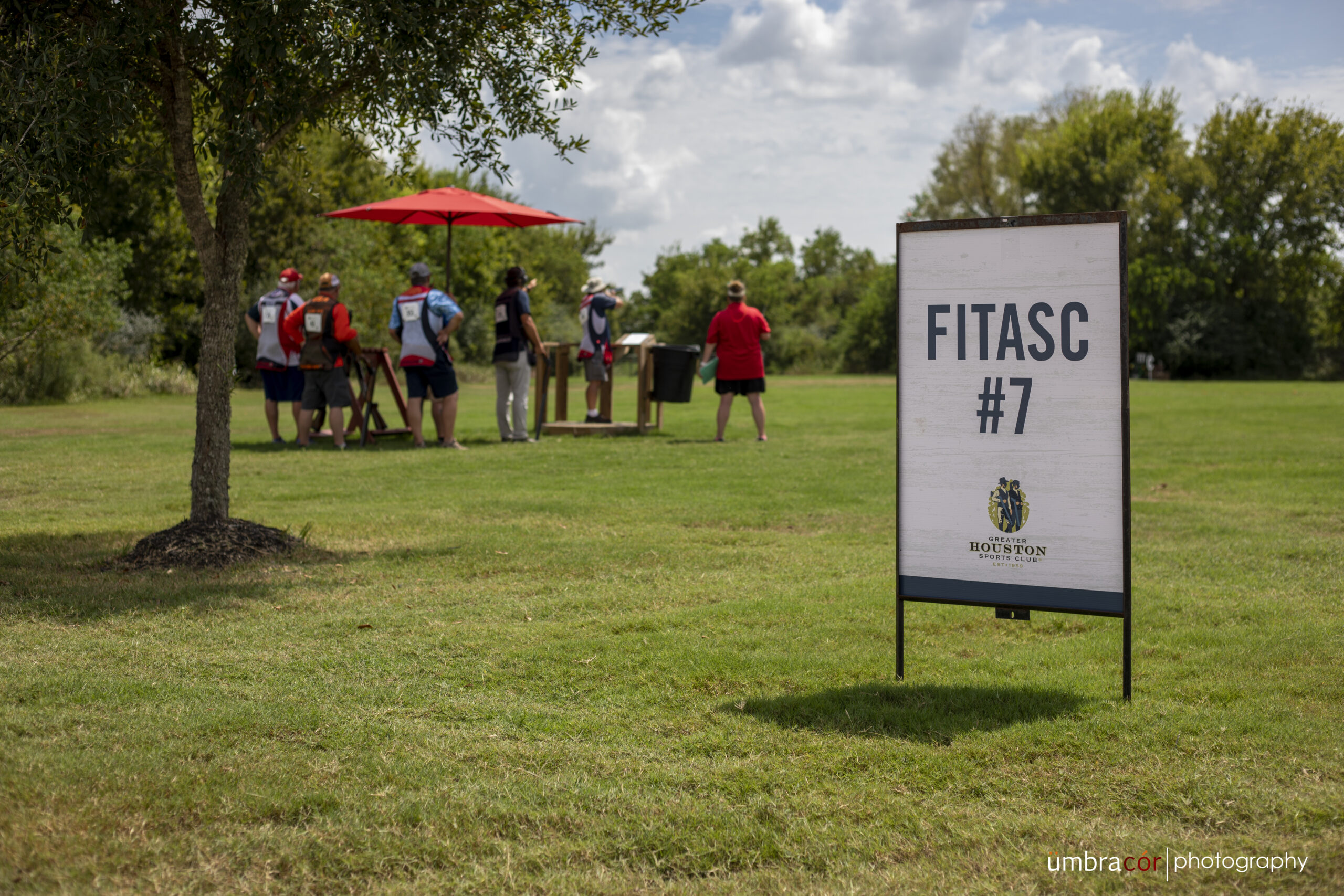