Some curved, some sailed straight, others looped or angled, flashing orange, black, and chartreuse against a blue sky or deep green tree line. Thousands of registered targets were launched for 400 contenders vying for top honors at the Greater Houston Sports Club (GHSC) 2019 Diamond Classic, held this year from October 10 through 13. With the shoot sandwiched between the Southeast Regional Championship in South Carolina and the National Sporting Clays Championship in San Antonio, October was a busy but fun month for tournament shooters in the south.

This year it seemed summer gave way to autumn right in the middle of the Diamond Classic. As participants made their way to the club on Thursday, passing the blaze of banners honoring past Main Event champions on Champions Drive, temperatures climbed to the mid-90s. By the time they left Sunday the first cold front of the season had dropped temperatures by nearly 40. The weather kept things interesting throughout the four-day tournament, particularly fickle wind conditions that blew from nearly every point on the compass and varied from light to gusts of 25 mph.

The Legacy Cup Super Sporting Event and Clay Snooker contests were decided on Saturday afternoon. With $50 payout back to class, 180 shooters participated in the popular Legacy Cup Super Sporting. Bobby Fowler took home the trophy and prize money with a score of 93, one target ahead of RU Clint Foster. Cory Kruse topped the Clay Snooker elimination rounds and grabbed the main purse. The top contenders were running neck and neck at the conclusion of the first day of the Main Event. Zachary Kienbaum was in front, his score of 90 just one target ahead of John Monroe and Bobby Fowler, who were tied for second.

Between the competition and the weather, participants were ready for a respite by Saturday evening, and GHSC was ready to deliver. The fun started with an auction for palettes of ammunition provided by Able Ammo and followed by the celebrated Diamond hospitality party. Some local shooters had a difficult decision to make – Saturday evening festivities or the first game of the Houston Astros play-offs? Those who chose food and spirits over baseball made a good choice, with the Astros losing to the Yankees by seven runs while the partygoers were feted with shrimp, bacon-wrapped chicken, to-die-for artichoke dip, and stuffed mushroom caps.

Sunday dawned clear and cool with light wind. It was perfect conditions for the final day of the Main Event and scheduled the shoot-offs. No shoot-off was needed in the Main Event, as Zach Kienbaum not only maintained his lead in day two but smoked the course, winning the HOA trophy and purse by a ten-target margin over RU Annabelle Ayres, who shot a 176. Bobby Fowler earned third, shooting a score of 175. Annabelle Ayres was a force to be reckoned throughout the Diamond, winning the Lady Champion spot by nine targets over RU Desirae Edmunds, and she took Junior Champion with a four-target lead in front of RU Austin Kiemsteadt.

Tony G. Rivera won the FITASC Event HOA honors, his score of 90 besting RU Austin Kiemsteadt by two targets. In 5-Stand, Derrick Mein took the $500 HOA purse with a 93 over RU Zach Kienbaum’s 91. Jacob Cameron was the man to beat in the sub-gauge events, winning the Sub-Gauge Sporting HOA with a 274, as well as HOA spots in the 28-gauge and .410 bore. Paul McCormick was the 20-gauge champion.

GHSC’s target setters Mike Boire, Henry Velazquez, and Jason Menke knew what they were doing when they laid out the course for the 2019 Diamond Classic. They designed most of the target break points right in front of the shooter at less than 40 yards, with good visibility and no quick windows. GHSC Chief Operating Officer Kevin Dougherty says that, instead of setting long, difficult targets, the club focused on technical shots and transitions for the Main Event. There was one target, however, that most everyone was talking about ­– a rabbu on the east course. “Almost no one could hit it,” Kevin said, “and it was 25-yards and right in the front of the shooter. I don’t know what it was about that target, but I think we’re going to hear about that one for a while.” The wind was definitely a factor, particularly to shooters on Friday and Saturday morning. Kevin added that “We usually try to make the Diamond’s side events more shooter-friendly, but some of these surprised us with that wind!”

2019 marked the 17th consecutive year that GHSC has sponsored the Diamond Classic. From its inception with a single sponsor, $1,000 of prize money, and 100 registered shooters, it has grown into one of the nation’s best-attended venues. Keep your eye on the 2020 Diamond Classic – it will be combined with the Southcentral Regional Shoot as well as a leg of the NSCA FITASC Grand Slam Series. GHSC has added a fifth day to the tournament and scheduled the dates for September 2 to 6. The renamed Southcentral Regional Diamond Classic and FITASC Grand Slam will be a shoot to be remembered. Registration is already open at http://winscoreonline.com/shooter_registration_nsca.php?tournament_id=4428

GHSC members, Board of Directors, and management team wish to congratulate the winners and thank all the participants who attended this year’s Diamond Classic. A big thank you goes out to all of our sponsors as well – without them, it would not be possible to host this spectacular event. Very special thanks go to title sponsor Beck & Masten North Buick/GMC, and to Legacy Ford for sponsorship of the Legacy Cup Super Sporting Event. Dozens of other sponsors stepped up to provide tournament jackets, hats, hospitality tents, meals, the Saturday night party, and every one of the shooting events. We look forward to seeing all you this spring at the Browning-Briley, to be held at the club April 1 through 4, and again in the fall at the Southcentral Regional Diamond Classic and FITASC Grand Slam! 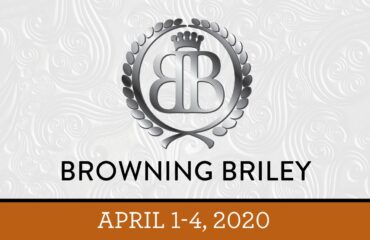 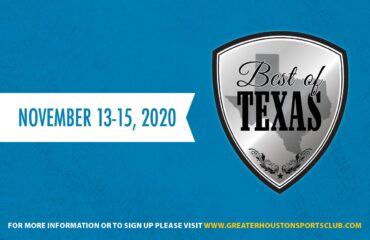