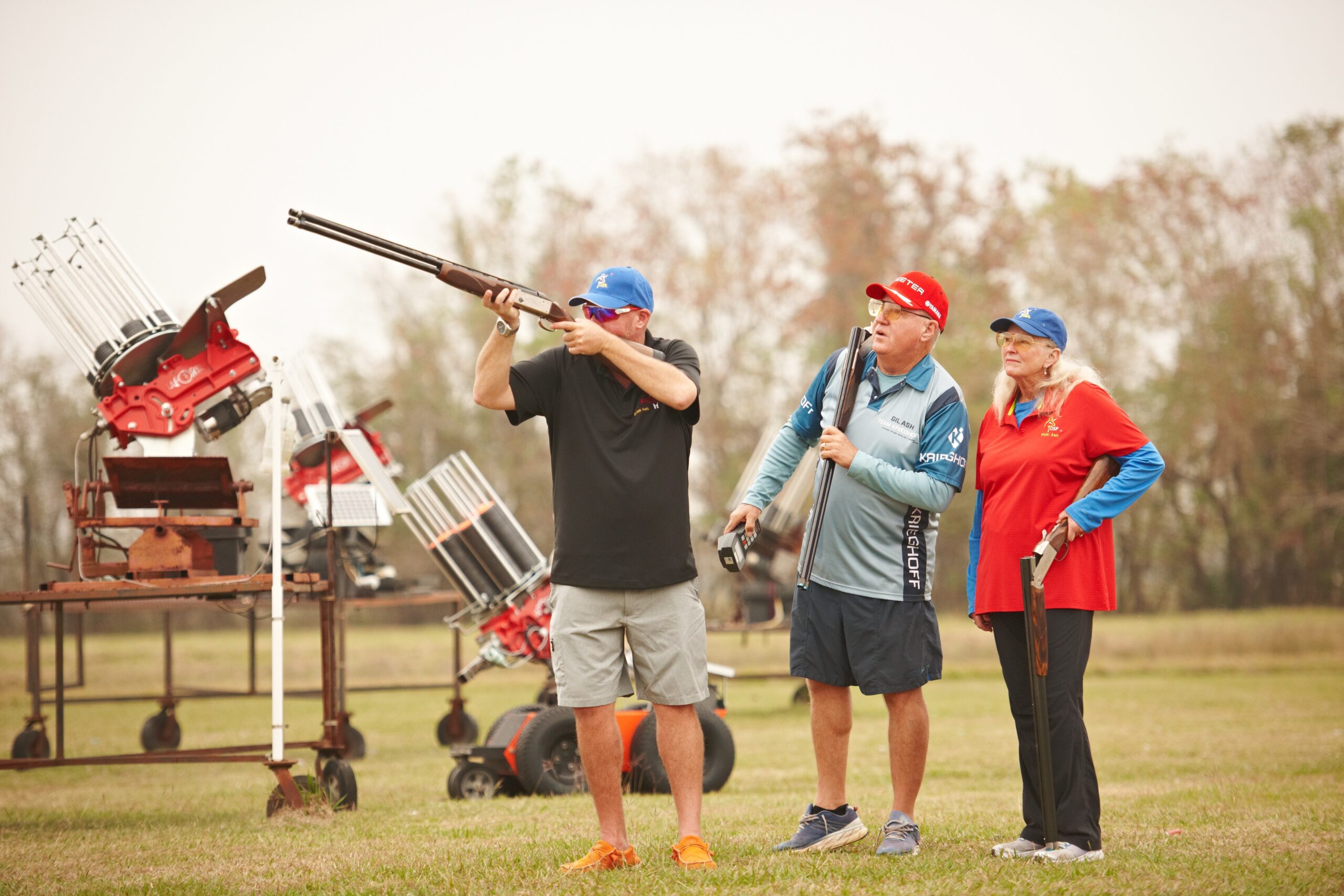 Vicki and Gil Ash of OSP Shooting School have been traveling the world for the past 31 years, coaching shooters in all clay disciplines and teaching wingshooting clinics in South America. This gives them the depth of knowledge needed to permanently solve just about any shooting problems and the ability to go much deeper than the obvious.

Brian joined the team in 2013, giving the OSP team a cumulative 72 years of experience in coaching shooters.

We have all the bases covered: Brian is left-handed and left-eyed, and Vicki is right- handed and left-eye dominant (past NSCA National Champion and multiple All- American). Gil is old and was named to the 2021 Briley Small Gauge All-American 20-gauge team.

Gil and Vicki have authored 16 books and countless articles. They have developed a membership website called the OSP Knowledge Vault, which contains:

• All articles and books the Ashes have written.
• Thousands of videos on clay and wingshooting.
• Online courses.
• More than 200 downloadable podcasts in audio and written form, with a new one each month. 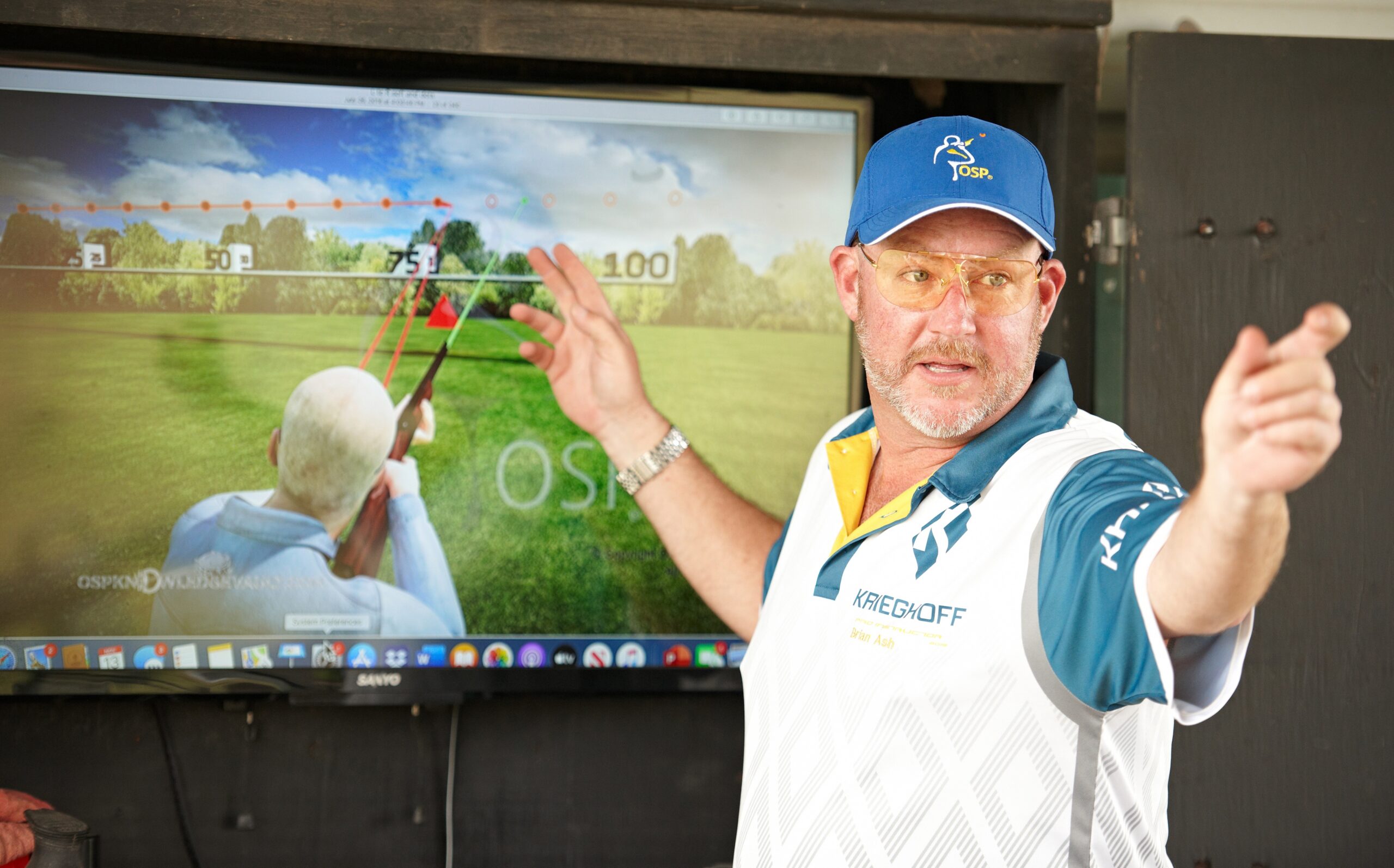 Brian has come a long way in his journey as a coach. His background as a target setter at many world,national,and state competitions gives him an ability to train shooters’ eyes to defeat the setters of today’s game.

Early in his journey with OSP,Brian began working with the Department of Natural Resources in Kansas, Georgia, Florida,Texas, Iowa and Illinois. He took on the challenge of helping guide their hunter education programs to use the OSP animation technology to expand coaching beyond hunter safety to include hunter proficiency.

Brian has just been asked to head up a four-year program with the Illinois DNR, where he will continue his journey into expanding their programs to implement his online training courses. Brian and Gil will also continue working with the Florida DNR in their range development program, doing instructional videos for each new range as they come on line.

Brian’s main role at OSP is to take on the Houston market (he has kids here) while Gil and Vicki travel and do clinics all over the country. When he began his journey working for his mother at OSP, his biggest amazement was how simple, efficient and lethal the OSP shooting system was -without requiring much practice!

Brian is available just about any time at GHSC for personal two-hour lessons or all-day group clinics for five shooters. These include Fiocchi 12-gauge ammo, targets and lunch.Many shooters make their own groups and book him for a day or two. They are amazed at how much they actually learn hearing the same thing explained four different ways! 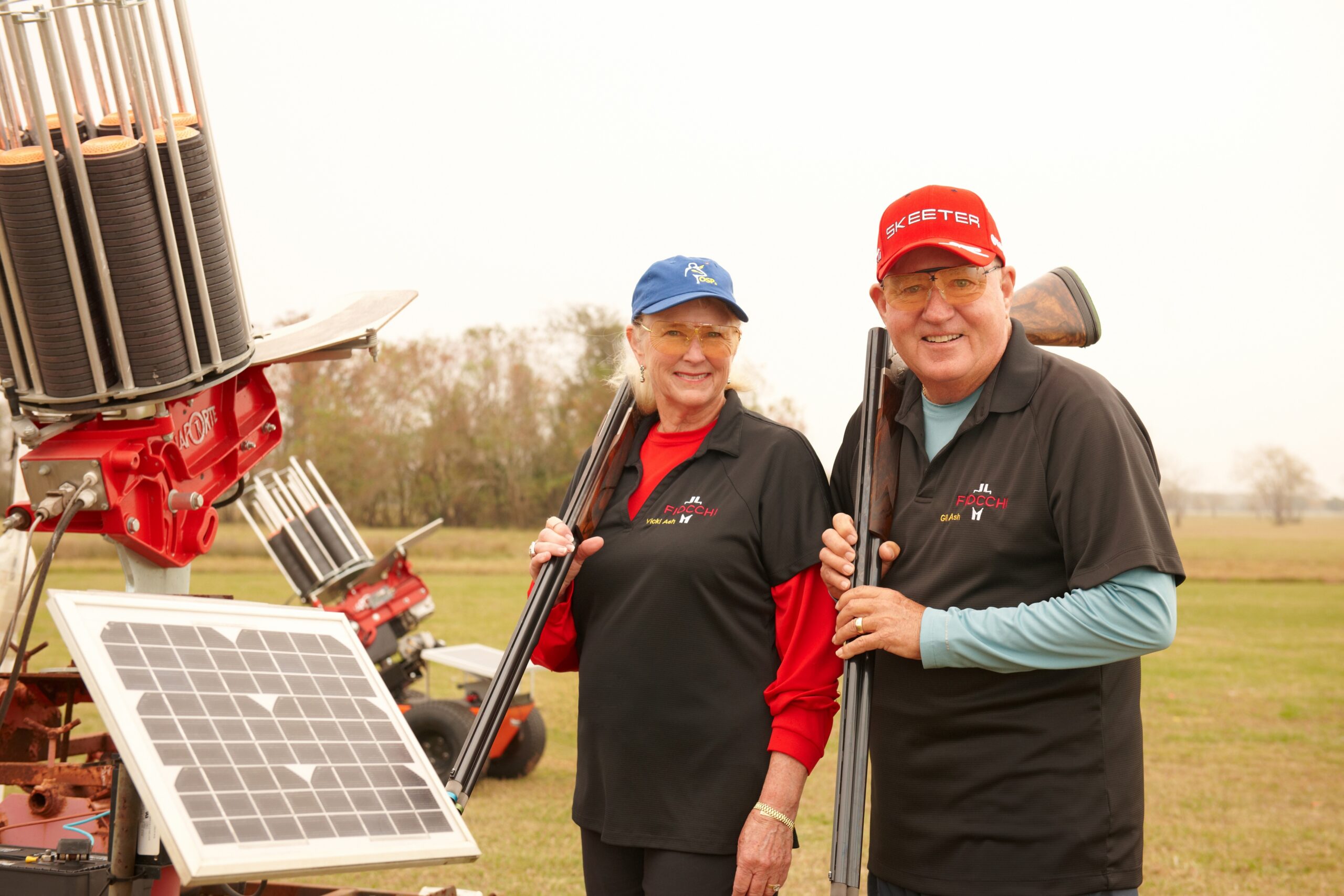 Vicki and Gil began their journey as skeet shooters here at Greater Houston in 1975 when they got married. When sporting clays came to Houston in 1983,they both were hooked. The pair were among the first traveling sporting clays tournament shooters and began a winning streak that was quickly noticed nationwide. They were often the subject of Bob Brister’s Thursday column in the Houston Chronicle,called “The Texans.”

Gil injured his shoulder in 1989 and could not shoot for twoyears, sohe began to study the art of coaching. He was in the second NSCA Level 1 class,helped teach the first Level 2 class,and was one of two out of 24 who passed the first Level 3 certification courses.

Vicki shortly followed in Gil’s footsteps and got her Level 3 the same year Gil won HOA at the Grant Ilseng skeet shoot at Greater Houston in 1992. And in 1994,she was crowned the NSCA Lady National Champion. It was at that point that they began a new career in coaching shooters all over the country.

Both Vicki and Gil have coached tens of thousands of shooters,and each have conservatively witnessed north of eight million shotgun shells fired in anger on three continents, making them two of the most experienced and sought-after coaches for shooters of all motivations and aspirations.

OSP is glad to be at GHSC. As Vicki and Gil travel less, you will see them on the course more and more.

Changing outcomes and shooters, one at a time.

For booking clinics or personal lessons,call Becky at (281) 346-0888 to ask about availability.