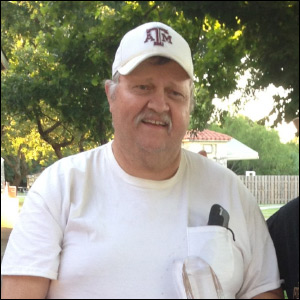 Mike moved to the Houston area after earning his Master of Science degree in industrial education from Texas A&M University to prepare individuals for technical careers in CAD and Engineering Graphics. He is now a retired college professor with 38 years of experience as a professional educator.

Mike is NSSA Level II Certified Instructor and has competed actively in NSSA skeet shooting tournaments over the past two decades. He has won a number of HOA skeet championships and many gun championships in all individual events at various skeet shooting tournaments around Texas. He has been named to multiple concurrent National Skeet Shooting Association (NSSA) All-American Teams and many more Texas All-State Skeet teams. While Mike still competes and participates actively in tournaments, his primary focus has turned to help others learn skeet shooting and hone their skills to maximize both their potential and enjoyment of the game. He has been a member of GHSC for 20+ years. He and his wife, Brenda have a spoiled border collie named Bella.

Coaching & Lessons:
If you are a beginning shooter, someone just getting back into shotgunning after a long layoff, a competitor just trying to pick up that extra target, or currently in a shooting slump, Mike can help you get to your goals. Coaching sessions are held on available skeet fields exclusively at the Greater Houston Sports Club and are tailored to your shooting goals. Call, text or email him to discuss your goals.