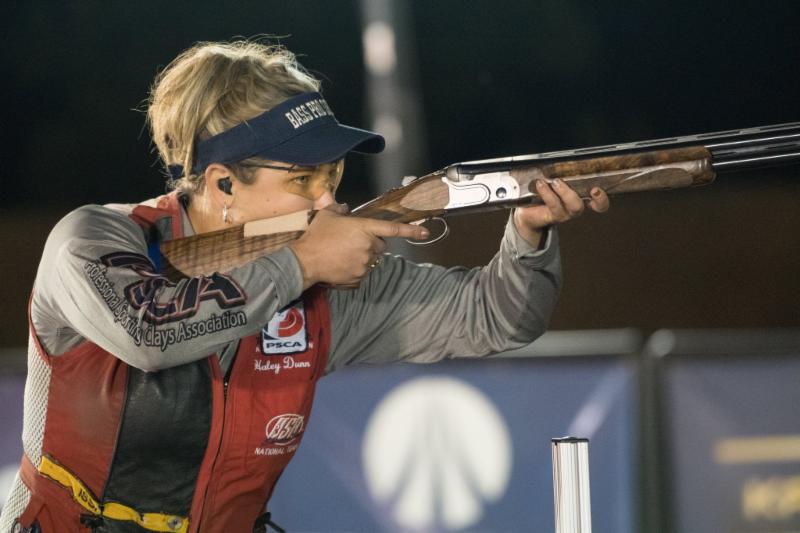 Haley started shooting with her father and sister when she was eight. Her father has his own shotgun range in her hometown of Eddyville, Iowa.

An 11-time USA Shooting National Team member and three-time national champion with 17 gold medals to her credit, Dunn has been a dominant figure in USA Shooting for over a decade. A tough competitor on and off the shooting range, Haley has found great success behind the gun and in front of the camera. As an accomplished on-air commentator, outdoors television host, field reporter, and analyst, she represents the whole package.

Haley currently serves as Director of Operations for the Gold Medal Shooting Academy as well as a Master Instructor where she coordinates, manages, and directs all instructional and business operations.