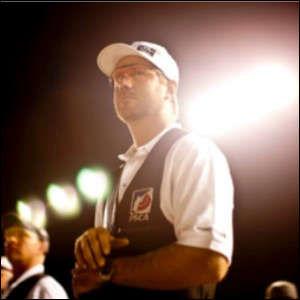 My childhood, like many of you, was not easy. Shooting was a luxury and if I wanted to be able to shoot the next tournament, I had no choice but to win the current one I was shooting to pay for the next entry fee. Times were tough, but it taught me many life lessons.

Just like any red neck kid, I feel like I was born with a firearm in my hand. Plinking away with my Red Ryder BB gun, I soon fell in love with shotgun shooting. I found it was more fun to shoot moving targets rather than stationary targets. My dad, David Reaves, introduced me to clay shooting when I was 11 years old, and from there he felt that I needed to be proficient in trap and skeet first before he let me on a sporting clay course.

I am thankful he taught me, at such a young age, to work hard for what I want. He always said, “You don’t belong on a sporting clays course until you can shoot 100 straight trap and skeet targets.” I believe his motive was to see how hard I would actually work at shooting and if I was willing to put in the time and effort it took to compete in sporting clays. Once he saw the competitive drive and passion I exuded, he put me under the wing of legendary Dan Carlisle. From there, Dan established the mechanics and fundamentals of shooting that were necessary to be on the road to success.

A few additional influences that have impacted my life and shooting career are Anthony Matarese Jr., Craig Hill, Ed Arrighi, and Brad Kidd Jr. I am forever grateful for them, along with everyone else that helped and believed in me along the way.

I never could have imagined shooting would take me to the places in life where it has. Not only is it a great sport, but it has also led me to numerous opportunities providing some of the best sponsors, loyal friends, love of my life, Catherine ‘Arrighi” Kruse, the sweetest baby girl, Claire Elizabeth Kruse, and a dream job with C&G Boats! I couldn’t be more thankful God had this life cut out for me. I know He has used the shooting network to bring me all these amazing blessings.